Nurturing a Culture of Innovation 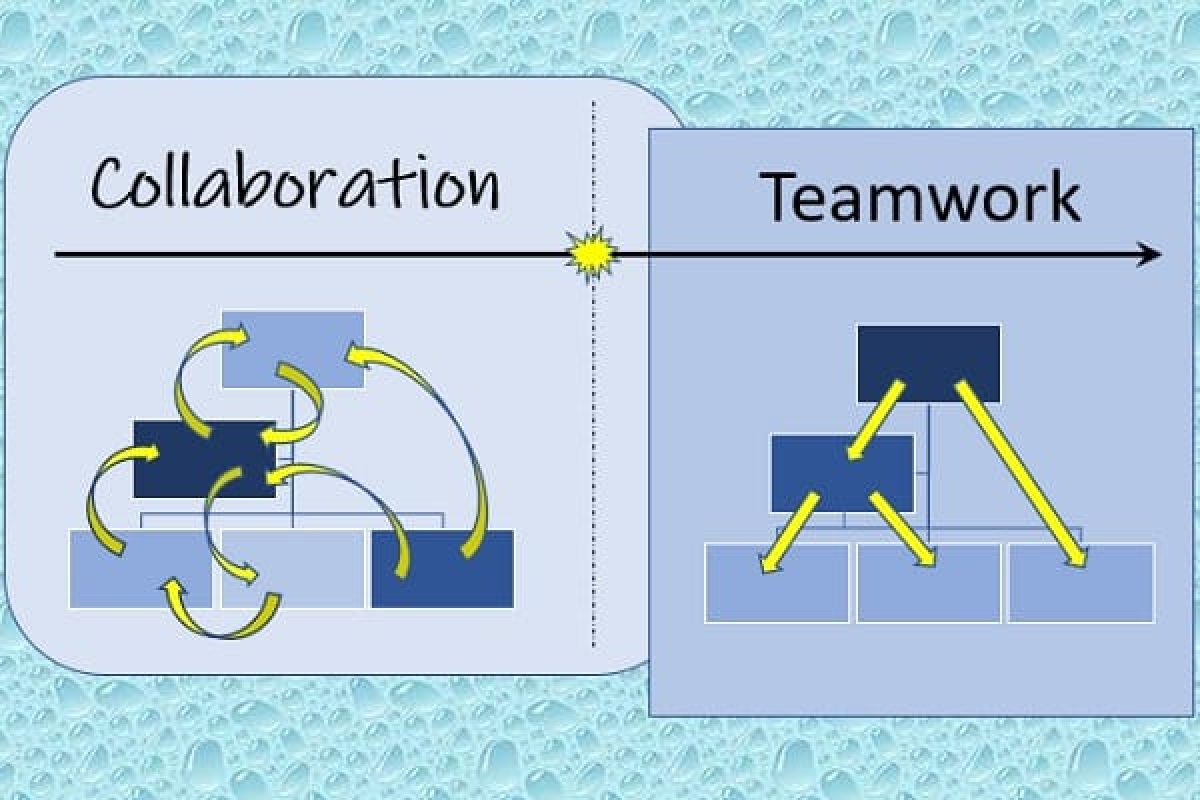 “Companies must innovate or die”.  “Record-setting innovation investments poised to disrupt many industries”.  Headlines like these proliferate business journals and have become calls to action for boards of directors. On the other hand, we are in the midst of a pandemic which already broadsided the economy once, and threatens more impact from heightened consumer and business caution, forced lockdowns, and high costs of preventative measures until a vaccine solution is available at scale.

We’re in an unprecedented time of change and challenge; it’s easy for business leaders today to feel stuck between a proverbial rock and hard place.  And yet, in the midst of these strange days – and in some ways because of them – it is in fact possible for companies to innovate without decimating their P&L.

Innovation is like mom and apple pie; ask for a show of hands of who likes and wants it, and few hands will stay down.  If it were a matter of choosing it, everyone would be doing it.  So why is real innovation so rare?  Because it depends completely on the most difficult challenge of workplace alchemy that leaders face – Culture.

Without a culture of Collaboration, innovative ideas will stay locked in staff’s brains, or they’ll get put on a backlog list which never sees the light of day.  Without a culture of Teamwork, new ways of operating will fail due to technical or political hurdles which are only surmountable as a team.  And complicating all of this even further is the fact that, when it comes down to it, these two concepts have an in-built friction.

For optimal Collaboration, we want first of all to start with the most talented team we can attract, recognizing that outside ideas are extremely valuable, whether from consultants and/or recruits from other industries.  We want everyone to feel comfortable suggesting new ideas, probing the rationale of existing processes and policies, exploring alternatives with a better balance of pros and cons, questioning others’ opinions, and feeling sufficiently safe from ridicule to think outside the box of the organization’s (and the industry’s) past patterns and habits.  Ideally this discussion can involve people across varying titles, seniorities, skill-sets, and tenures.  Everyone ideally functions as an individual with their creativity and professional assertiveness fully engaged.

Aligning with this concept, the most effective brainstorming and work estimation techniques fully harness the power of each individual mind by ensuring that each round of ideas is worked on individually, and for the initial round at least, with no discussion between participants on the topic.  This approach ensures the widest, most unfiltered, uninfluenced ideation and avoids the well-known trap of “groupthink”.

Consider how different this set of behaviors is from Teamwork, where we want everyone to align to the same vision and work hard to achieve it, regardless of whether it was their idea or someone else’s, or a hybrid of ideas from people who only recently joined the organization.  Just as sports teams have coaches, assistant coaches, captains and players, org-chart structures are useful in teamwork to ensure there is oversight of consistency and coordination.  Everyone ideally acts together as one, as a member of the team and not as individuals.  This is quite different from our goal in collaboration.

The key to resolving this tension is to grasp when each of these behaviors is ideal; collaboration is powerful ahead of decision points, and teamwork is key after decisions are made.  Decision points act as a fulcrum between these different modes of culture.  The quality of decisions reached obviously is a limiting factor on the success potential of the teamwork phase of execution, as well as a factor on the success of future collaboration in the organization.  For that reason, skillful decision-making and skillful shepherding of this cultural dance between collaboration and teamwork are two key differentiators for effective leaders (alongside talent acquisition and mentoring).

Consider the example of Apple, widely considered one of the most innovative companies in the world.  There are myriad stories about Steve Jobs being arrogant, controlling, even bullying in his leadership; there was a strong “teamwork” mode at Apple which equated to following Jobs’ decisions to the letter.  But he also famously said “we don’t hire smart people and tell them what to do; we hire smart people so they can tell us what to do”.  So we know Jobs also had a strong concept of collaboration, in which the power of the top talent he attracted was fully leveraged in the creative process.

How to Find Time for Collaboration and Teamwork, Even if Your Team is Already Slammed

Large companies often create “zoned” staffing (e.g. research labs, special project teams, etc.) to ensure a portion of their efforts are aimed at innovation.  Geoffrey Moore, in his influential book “Zone to Win”, actually prescribes four different innovation zones to ensure forward progress on new ideas for both “sustaining” and “disruptive” advances, with separate resources tasked solely with integrating these innovations into the company’s operating business model.  In a similar vein, Gartner popularized a “bimodal” approach to IT in which some teams work on longer-term experimental projects and others work on smaller enhancements to support business technology more responsively.

Few of my consulting clients have budgets to setup research labs, and aside from a few specific industries, I’m not sure it’s the best approach anyway.  Bimodal IT has some benefits, but I feel there is risk to any team who doesn’t work closely and regularly with the business, that in their collaboration, they might fall into the trap of building “cool things” which don’t actually move the needle.  Experimental groups also often feel their purpose is to “fail fast”, which I think is enormously problematic in the industry – not because failing shouldn’t be expected (and yes, accepted) when trying innovative things, but because that mindset can lead to approving projects which would never work, under the guise of “learning”.  I think there is a simpler way to innovate, which is also cheaper and better aligned to business strategy.

Innovation should be a Self-Funding Whole-Enterprise Collaboration, with Execution Staffing Added as Needed

I find that although everyone is slammed with workload in most companies, given the chance to contribute innovative ideas, they’ll find mental energy to devote to it.  Busy-ness is not the same thing as creative exhaustion.  As noted above, the best way to kickoff a brainstorm is to gather initial thoughts individually anyway.  Give team members time to surface ideas over a few weeks, and their subconscious mind will work on the problem.  Prime the pump with some example areas for major savings or new revenue – don’t just ask them to “submit great ideas”.

Of the ideas submitted, my suggestion is to identify those which have the potential to be self-funding within a year of launch, i.e. which increase revenue or save costs annually at least as large as the project costs.  Most of my clients are surprised to find multiple such options which are worth exploring; technology is maturing fast, and for all its negative aspects the pandemic is also creating opportunities for significant changes in how business is done.  I suggest creating cross-functional teams to collaborate on each idea, as noted above.  Even if staff bandwidth is limited, each person can hopefully participate on one such project, which might involve a one-hour weekly meeting/conference call, with reasonable expectations for each member’s time investment between calls.  I’ve found that even if people are busy with “normal work”, they often have creative energy and are excited to participate in something like this on the side, over lunch, etc.

When it comes to execution, team bandwidth will be more of a limitation.  Given the economics behind the project(s) which “make the cut”, it will make sense to get them done as soon as possible.  Consulting resources are the most common solution, either in staff augmentation or full outsourcing.  If you can spare the leadership to oversee it, staff augmentation is a good model which also enables you to allocate as many in-house resources as possible to the project, for continuity of the vision and after its launch.  Staff augmentation can be used not just for key project skill-sets, but also to back-fill temporarily for employees allocated to the project.  If you really need a turn-key execution by a team already formed, there are many firms offering outsourced project services (pro tip: find a way to involve staff members as much as possible along the project timeline, and not just for a handoff at the end.)

No matter how you choose to staff these initiative(s), make sure your partner adopts the same Teamwork approach you’re nurturing for the entire enterprise.  That, along with the internal Collaboration on these project concepts, should set you on a path to real Innovation. 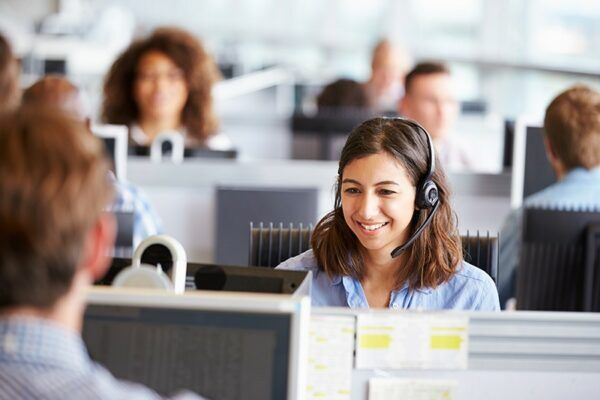 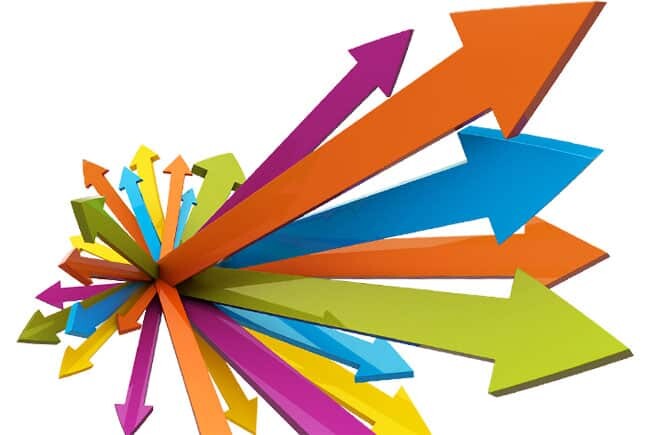